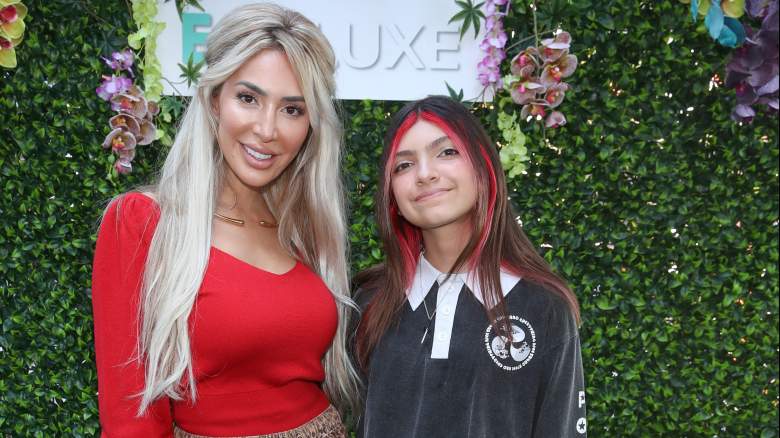 Farrah Abraham accused of being inappropriate with Sophia

“Teen Mom OG” star Farrah Abraham has been accused of being “inappropriate” with her 12-year-old daughter, Sophia.

“Teen Mom OG” star Farrah Abraham has been accused of being “inappropriate” with her 12-year-old daughter, Sophia. The MTV star dressed as Lola from “Space Jam” for Halloween and Abraham revealed that her preteen was an “e-girl.” According to a 2019 Vox article, an “e-girl” is a “hot and online” person.

Abraham shared two videos on TikTok that showed Sophia with a makeup face and two strands of red hair on either side of her face. To complete her “e-girl” outfit, Sophia donned a white long-sleeved shirt, a black waistcoat, a black skirt and fishnet stockings with chunky boots.

“It’s hair time!” Abraham said at the beginning of his TikTok Video. “The bunny ass is so crazy,” she said with a chuckle, pointing the camera at her behind.

“We have e-girl tricks, take a little spin,” she said to Sophia, who circled for the camera. “The whole look, he looks fabulous,” Abraham told the 12-year-old.

“Good. We have my e-girl and I’m Lola Bunny and we’re checking out Haunt O ‘Ween!” Abraham announced. She showed them on the merry-go-round and playing carnival games.

Some fans were concerned after watching Abraham’s TikTok and Instagram videos, accusing Abraham of potentially using his daughter to register his OnlyFans posts.

“Ouch. I’m going to assume that Sophia is filming some of the content from Farrah’s OnlyFans ”, a person wrote on Reddit. “The second tweet shows his set of OF photos that were produced at the same time and location as the photos in the first tweet. Unfortunately, the first set of photos is no longer appropriate.

“The way she normalizes the sexual content in Sophia’s head is dangerous and can be seen as grooming, I don’t know why she still has custody of this child. I have seen good parents lose custody for many. less, ”said another person. “She has isolated this girl from everything else and continues to expose her to sex work, not coming here for sex workers, but that is obviously extremely inappropriate.”

Some fans, however, have come to Abraham’s defense.

“Has anyone ever heard of a tripod with a timer?” I mean, vote against me as much as you want, but you can’t say it’s proof that Sophia recorded anything, ”they said. “She could have very easily taken photos with her on the same day in the same clothes, then used a tripod like most adult cam sites girls to take her own content later.”

Abraham left “Teen Mom OG” in 2018 and was briefly replaced by Bristol Palin, but the infamous mother is going back to her roots.

People confirmed in September that Abraham was caught filming for the “Teen Mom” ​​spin-off, while Ashley’s Reality Summary fights erupted over the inclusion of Abraham.

“This entire spin-off is a complete *** cluster,” an insider told The Ashley. “Everyone is angry, everything is super messed up and some of the actors feel really betrayed that they brought Farrah. They were worried that Jenelle would come too. It’s turning into a disaster. ”

Abraham’s ex-boyfriend Simon Saran appeared to criticize his ex for returning to MTV.

Since other fathers of the “Teen Mom” ​​franchise participate in the spin-off – according to The Ashley – some viewers were hoping Saran would be included too. “Omg, please bring Simon back for retirement. If they’re filming in San Diego and he’s still living in the area, ”they said.